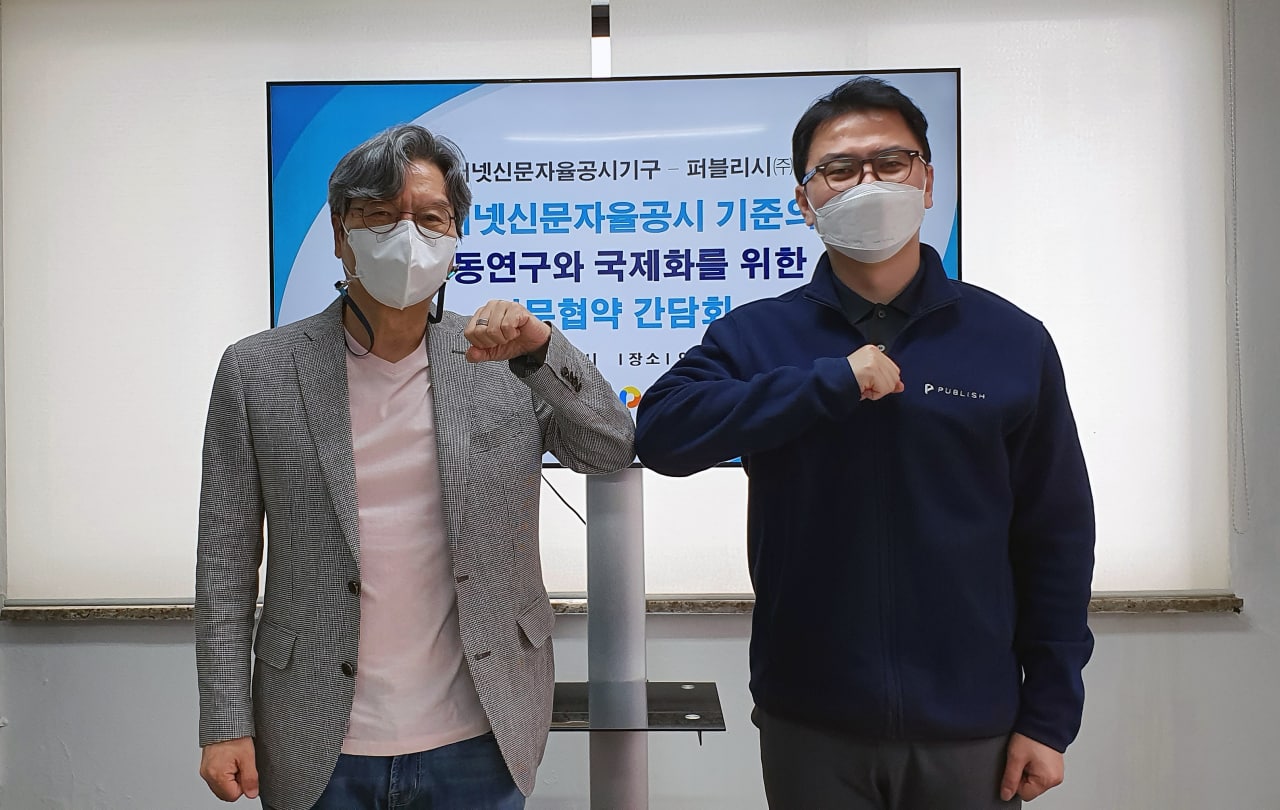 PUBLISH is pleased to announce that it has concluded its first meeting with the IDI (Institute for Voluntary Data Disclosure by Internet Newspapers). The meeting was held on 2 August 2021 at the IDI’s office in Yeouido, Seoul.

During the meeting, the two organizations agreed to research and develop a standard for evaluating the influence and journalistic transparency of digital news sites. They also expressed an interest in making the disclosure system available outside of Korea.

PUBLISH CEO Sonny Kwon stressed the importance of developing such a system. “The media is contending with an ongoing credibility crisis and readers don’t know where to look anymore for reliable information”, he said, “We desperately need a solution, and that’s why I’m dedicating an entire team to this effort. As a member of WAN-IFRA [World Association of News Publishers], we also aspire to make the solution available to publishers outside of Korea.”

The IDI was established on 15 March 2021 as a response to growing calls for transparency and accountability in the media industry, under the Ministry of Culture, Sports and Tourism.