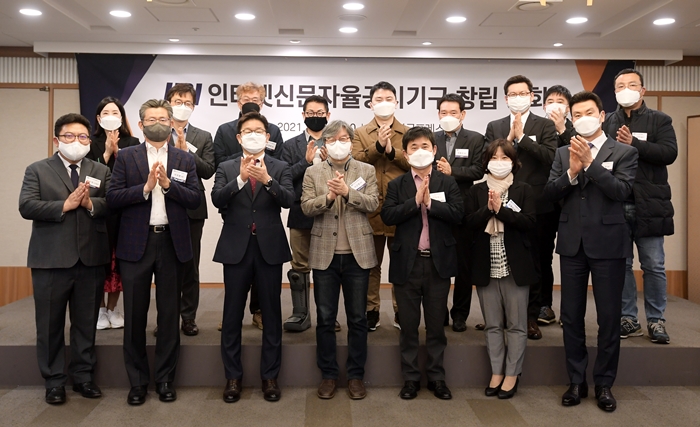 On Monday, a general meeting was held at the Press Center in Jung-gu, Seoul to mark the official launch of the IDI (Institute for Voluntary Data Disclosure by Internet Newspapers).

The IDI was established as a non-profit organization to bring more transparency and accountability to the digital news industry.

IDI will be made up of a number of divisions working in concert to bring more transparency and accountability to the digital news industry. These include a media division, an advertising division, a civil society division, and a research division. Members will include academics, advertisers, agencies, and media owners, among other media stakeholders.

In the first half of 2021, the IDI’s verification committee plans to review current news verification standards and propose a self-disclosure pilot project.

Lee Geun-young, the chairman of the IDI, said that the organization intends to bring some much needed transparency to the digital news industry, helping to restore confidence in the media as a medium for advertisers and agencies.

The MCST suggested that media companies might be intentionally inflating paid circulation figures so as to be considered more favorably by advertisers and government agencies when applying for government subsidies.

As the importance of digital media content and advertising grows, so too has the need for a third-party disclosure mechanism for the digital news industry, especially in light of this recent Korea ABC scandal and ongoing challenges presented by the proliferation of misinformation and disinformation.

Distributed ledger technology, which exists on the premise of building trust in data without the need for intermediaries, has been touted as one such mechanism.

At PUBLISH, we have already built a tool enabling digital media companies to index news content on the blockchain in the interest of proving the origin of news content and allowing readers to trace any changes to news content.

Sonny Kwon, the CEO of PUBLISH and a member of the IDI’s Media Division, said, “Our values at PUBLISH are very much aligned with those of the IDI, and I look forward to leveraging our technology and know-how in realizing our shared vision of a healthy media ecosystem.”