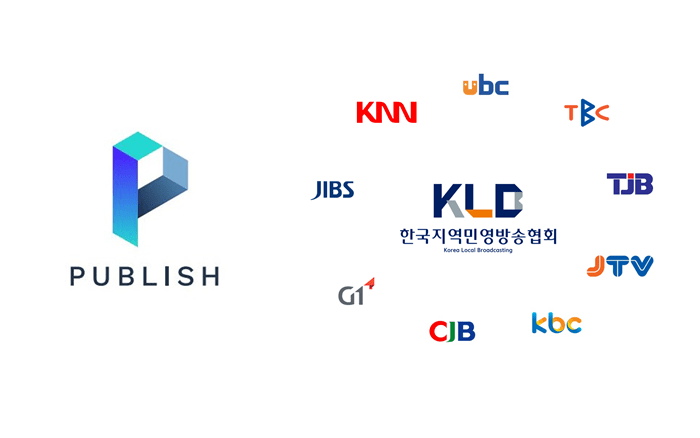 PUBLISH is pleased to announce that it has joined forces with the Korea Private Broadcasting Association to develop a new regional digital media platform.

The platform will leverage decentralized identification (DID) technology, which combines the convenience of federated authentication with the principles of self-sovereign identity (SSI) whereby users completely own, control and manage their own identity.

The collaboration will also see the minting of a new cryptographic token, serving as a payment method for advertisers and within a new online store connecting local businesses with shoppers across the country.

In line with the spirit of decentralization, the token can be transferred to a software wallet address owned and managed by the token holder.

The Korea Private Broadcasting Association is a federation of 9 regional private television and radio broadcasting networks including:

The association was established in 2011 to promote regional broadcasters in the face of increased media consolidation. The association has its own television channel called 9colors, which amalgamates a selection of content contributed by member organizations.